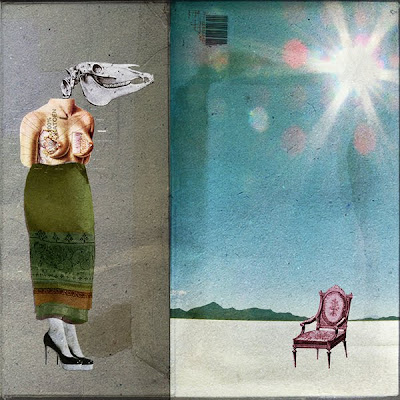 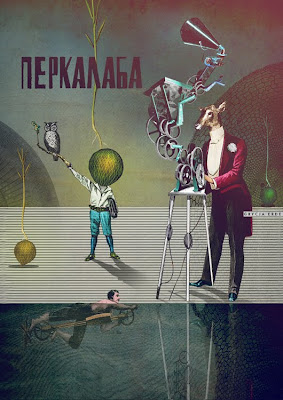 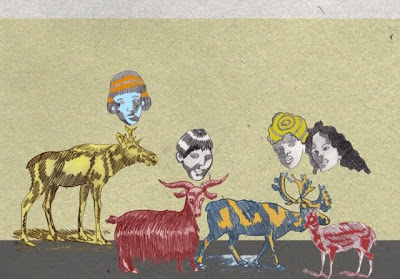 Grycja Erde works in etching, oil and collage. She studied architecture and space design in the Ukraine. In researching for the Zookeeper, I found that the sense of an authoritarian and dehumanising regime seemed evident in her work. It first caught my eye when I was researching for my dissertation on Paula Rego, so when I came to my major project on Zookeeper's Wife, I returned to her work.

I think for this project, my first inclination was to look for space that was "made strange" in some way, and I think Grycja Erde's work does this, and helps me for ideas. The way in which the Zookeeper's house was used to hide people, and yet appear normal at the same time, and living in a strange manner really, conducting a charade as a means of survival, and also as a means to save others. The addition of animals in the household, and also it's status as a zoo further added to the surrealism.
Posted by Janet Kershaw at 05:24